You are often described as composer, producer, piano player and soundartist. If you had to find a core element of what you do, how would you describe it?

Your interest in playing the piano started at an early age. What can you tell us about the time you decided to become a musician?

During my childhood, playing the piano was just fun for me, but since when I was studying classical music at university, I got bored with playing only pre-existing music pieces all the time (and also I couldn’t really adapt to such a hierarchical society of Japanese musical education), and then became more and more interested in composing my own music. At the beginning, I was only making piano pieces, but slowly learned how to make music with computer and equipment since I found it interesting.

Did you have any kind of heroes at that time, or at least musicians that left a strong impression on you?

Of course there are many musicians I respect, and hard to point out a single one – but at least J.S. Bach gave me a strong impression to connect to the music itself when I was a kid.

Music with a large focus on sound is often described as “experimental“. Do you experience your creative work as sort of an experiment, or would you rather stress the playful side of it?

Sometimes focusing on sound itself is fun and it can also be a good lesson to improve skills of making sounds and it enables me to hear my own music from another angle. But basically I would rather like to focus more on making a musical structure since I’ve been describing myself as a composer. For me,  focusing on sounds is like trying to make gradation with one color, and sequencing music tracks is like painting with different colors.

There is this cliché that dealing with the technological side of music is atypical for women. Do you have a strong affinity to technical things, and how would you react on somebody who talks in such clichés?

Some 10 years go, I was actually working at a music studio in Tokyo which makes tracks for commercials or promotes musical equipment, and I was the only woman working  there. So I’ve been used to working in this “men-society” of the music industry since then. Of course it was not easy but it still was a good training for me.

Usually I don’t really care when someone talks in this cliché, but yet not really against. Some people said they thought that I might be a guy when they heard my music for the first time, but on the other hand some other people told me that my music sounds pretty feminine. I enjoy both feelings! 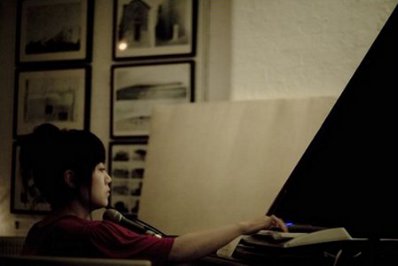 Here in Germany, it’s quite usual to introduce you as a Japanese artist. But how much do you identify with that? Do you feel your works are based in a particular culture? Do you also sometimes fear that people could exotizise you too much?

To be honest, I often feel awkward when people try to see me as a “Japanese” artist, rather than just as a musician. In the beginning of my life in Germany, and when I was touring in Europe, I was struggling with this kind of feeling that people gave me here and there. But now I’m able to take it easier – or I just don’t try to care about that. I feel like this is just how it is. (And also I know that many Japanese artists are trying to show themselves quite particularly as Japanese for promotional reasons, because they know it sometimes works pretty well abroad.)

And even though I have been learning classical music for a long time and have  never learned Japanese traditional music, it is still really easy for me to compose music which sounds really Japanese because I know there are certain chord progressions and styles of melodies which are often used in Japanese old songs or pop songs which mostly sound melancholic. I was also making this feeling of music when I was still in Japan, but after relocating to Germany I gradually started to hear this kind of music much more objectively, and it made me interested in making more sound-oriented music without so much emotions. And this is actually another reason of starting the MimiCof project besides midori hirano.

Would you say that in your recent works there are certain influences that could be located as Japanese or on the other hand European?

Your musical output has two main pillars – the records you release under your own name, and those under the name MimiCof. Where do you see the main differences between both spheres? And which are the places where they both meet?

Those records which I’ve released under my own name are pretty much post-classical music, if I had to describe them. And when I’m using the name MimiCof, the music has  stronger beats and a bit of dark feelings. Not everything but most of the MimiCof tracks are kind of experimental but also danceable.

But since both sorts of music are made by myself, maybe sometimes you can find some similarities between them, such as how the melodies sound like. Actually the latest EP “Magnetic Visionaries” which I released under midori hirano is kinda closer to MimiCof. So it means both can be crossing from time to time.. 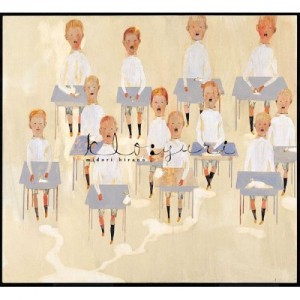 When you compose a piece of music, do you know immediately if it will be midori hirano or MimiCof?

I think yes – when I started making beats, then it will clearly be MimiCof. But for midori hirano, I usually make tracks from melodies and harmonies.

What can you tell me about the developing of your latest album “RundSkipper”? Were there any paticular ideas from which it all started? How did you get into contact with the artists who did remixes?

At the end of last year I felt like composing a more electronic style of music than before, and then tried to make some tracks as demo. At that time I didn’t have so many particular ideas about making an album. But my label boss found my new tracks which I uploaded on SoundCloud, he liked them and contacted me. That was how it started. And since then we sometimes discussed what kind of tracks should come next, to make the whole album possible. Some artists don’t like it that way as they want to make all tacks only on their own ideas, but I still like to discuss it with the label because it’s always good for me to hear some opinions from different angles, and it is also a way to improve myself.

As for the remixers, I actually didn’t think about having remixes, but since my label suggested it I thought this could really be a good idea. First he suggested three remixers to me (Serph, Go-qualia, and Fugenn & the white elephants) since he knew them, and then I also wanted to have another person from my side. I asked Frank Bretschneider about remixing – since  he is a good friend of mine and I’m also a big fan of him even since before I met him in Berlin (I already saw his concert once in Kyoto when raster-noton toured in Japan some years ago). So I was really happy that he did this for me!

When I googled “RundSkipper” , all results led to you, so I guess it’s a word of your own creation. Does it refer to anything, or do you just use it for its sound?

As you guessed, “RundSkipper” is a  word I made up. And it was intended to mean “a person who is skipping on the earth”. I took “Rund”, which in German refers to a quality of the planet Earth, and combined it with “Skipper”, because I thought it looked nice.

I took this word because all the people who are involved in this record are living in different places of the world – like me in Berlin, Noah (from keepadding, did the artwork) is in the US, and label boss and some remixers are in Tokyo, and then it was printed in Taiwan. 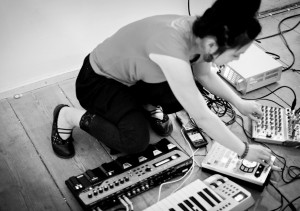 When I listen to this album, I always have the impression that you are interested details and how they relate to each other. Would you agree?

I think yes – I’m always trying to focus on details.

You do filmscores, and on the other hand I’ve seen a lovely video for your music. You are also interested in photos. Would you say that the sensitivity for visual perception is also mirrored in your musical style?

Not always, but sometimes yes.

The first time I saw you perform was at the Angura Show at Staalplaat store, which was focused on experimental art and music from Japan. As the other contributions were all quite harsh, your gig seemed like an oasis of rest and contemplation. How did you enjoy this event as a setting for your own show? Do you think your performance fit well into this context?

Whatever kind of music the other people play at the same show, I’m trying to play and focus on what I want to play.. and that is the only thing I can do at a concert. And if everyone or even some of the audience like my play, then I’m happy and that’s all. At that show at Staalplaat, I enjoyed it myself too – to play in the basement and with good sound..

You will soon travel to Japan for a concert tour. Do you experience performing there very different from your shows in Europe?

It still depends on the situation of the venue of course – not only on which country it is. But I feel like the European audience tends to react more directly to what they hear or see. If they don’t like it, they keep chatting with friends, for example. But Japanese people are generally trying to stay quiet and hear it even if they don’t like it (or they just go out).

But it doesn’t really matter to me – there are always some people who want to say that they like my music at different places both in Europe and Japan. And I appreciate it.

Most music I know by you is without vocals. What can you tell us about the exceptions, and could you imagine incorporating more voice one day?

There are some vocals of mine on my older albums “LushRush” and “klo:yuri” which I have released before. You can hear how it is.. here for example: http://www.youtube.com/watch?v=iG8C4nqz814 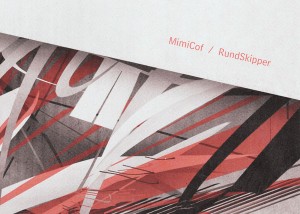 In an earlier interview you mentioned Yukio Mishima and Haruki Murakami as two favourite prose writers. I guess many people would find them very different. Which aspects of their writings impress you?

I’m actually getting less interested in Mishima lately.. maybe I liked his darkness in his writings before but somehow it has been too heavy for me to read his stuff these days

As for Murakami, I hate his novels, but on the other hand I love his novels – depending on the scenes he writes. And I think this is not so common to find a writer whom you could have such hate/love in your mind at the same time. Thus he has been quite impressive for me.

Do you already have plans for future recordings?

Right now I don’t have any plans for releasing new records of mine – but one compilation album   (“Ryuichi Sakamoto Tribute”) to which I contributed one track (I covered a track from Ryuichi Sakamoto’s early works) will supposed to be released at the end of this year.
And I will try to record new albums of MimiCof and midori hirano next year.

Thanks for your time and all the best for your future plans.

Thanks a lot for interviewing me!