Hello Daniela, most musicians are interested in several kinds of art, not just music – what is your favorite movie?

I spontaneously thought of “The Man Who Fell To Earth”, David Bowie plays the leading role. I don’t know, have you seen the movie? He plays an alien that lands on Earth, meets a girl and a kind of crazy romance develops between them.

It was a while ago, so I don’t remember how it ended. But I do know that I had thought to myself afterwards “Yeah, sure, something like that could really happen one day”. The second movie which is coming to mind is “Belle de Jour”, Catherine Deneuve plays a married woman who one day decides to secretly work as a prostitute. I like that movie probably for the same reason for which I adore “Contempt” by Godard, you have to pay very close attention to the main character in order to get to know them, there are no extensive dialogues happening. Besides that, “Contempt” has just very beautiful, lush colours and music in it. 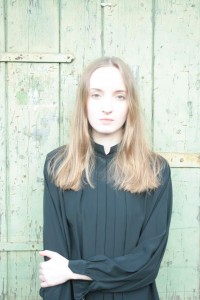 A lovely choice.. Do you have some kind of special obsession with the 60s and the early 70s? It’s no secret that you’re interested in the people of the factory..

No, I wouldn’t say that. These things change very quickly for me, the Andy Warhol obsession was a long time ago, I was 15 or 16, I think.. When you asked me to name some of my favorite movies I could not think of anything at first, since it’s probably always the last one I saw. I don’t always want to look back and think about how great this or that movie once was.. But yes, from time to time you go back and watch it again, and see it in a different light.

Then you most definitely feel that the comparison to Nico is kind of hasty and one-sided? Does it annoy you?

I think it’s hasty, yes.. On one hand I do get where it’s coming from, if you have not looked too closely yet and hear about the harmonium – which is not quite a standard western instrument – you might believe that. But if you then look a little closer, I don’t think that you could find anything that links us, neither musically, nor artistically – how should that have happened anyway? It’s impossible.
So we’ll have to wait and see if it will happen as often as you seem to be predicting.

Well, perhaps some people draw a parallel between the ways you’re playing the harmonium. I did not investigate that any further because the atmosphere of your music is different. It seems less harsh and cold and confrontational to me..

I agree with “harsh” and “cold” but I wouldn’t necessarily call Nico’s music resp. her lyrics confrontational. Maybe I just can’t think of anything right now, I only have two of her records. But why does a confrontation always have to be harsh or loud? It could also be some kind of inner confrontation or conflict, which is the case with what I do, I think. It might change in the future, who knows.

Since you don’t just play the harmonium but also the guitar, I guess you’re not committed to one specific instrument anyway, is that right? “Moonsorrow”, for instance, is pretty different from all the other songs. Are you open to experimenting?

I love my harmonium dearly, but indeed it is more of a tool for me. This is my perspective, it’s only about the piece and which ingredients I need to implement that peculiar vision that suddenly arises in your field of consciousness and which can take possession of you. It can hardly be described.

Can you tell us something about the history of Jack November? Did you plan this or were you involved in any musical projects before?

There’s no history. This is the very first time I am making music. I think that I had it in my mind for a long time, it was a secret wish of mine. But sometimes you have to wait until some possibilities present themselves to you. 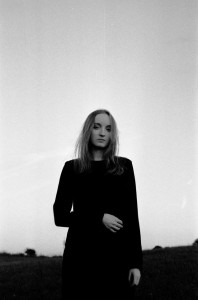 You have played a few shows so far. What are the most defining experiences you’ve had?

It’s still less than 10 shows, if I am not mistaken. Well.. I’ve been thinking about it lately and came to the conclusion that it might have been a little bit too early, my very first show was in front of 600 people in Paris, it was sold-out. I was totally naive about it, there was an a-capella piece on the top of my set list.. Although I deliberately wanted to confront myself with that situation, I was of course shaking like crazy as I stood in front of the microphone, so heavily that I could barely stand. But it just took a few seconds for me to focus and forget about everything. I felt a little bit like a deer being blinded by the headlights of a car.

That was the support gig for Soap&Skin.. So do you prefer smaller shows compared to the big venues?

I truly believe that those big support gigs were a bit too early for me back then, you might prefer to make a fool of yourself, or even evolve, in front of 50 people, instead of 500 or 1000. On the other hand, a certain space between me and the audience helps me to perform better and open myself up to the situation.

Where would you like to tour? Which places would be particularly appealing to you?

Basically I’d like to go everywhere I haven’t been yet. Italy would be nice, or Russia.

At your concert in Berlin you did not only cover Nirvana’s “Pennyroyal Tea” but also played a new demo of a song which I really liked, above all I loved the division into that rough guitar intro and the following harmonium part. What can you tell us about that piece?

I was looking forward to playing both of them but since my voice was pretty hoarse at that time of the set, it was hard for me to perform them properly. The new song you’re talking about is called “Cold Blood”, it’s the last one I recorded. I do not want to go too much into detail about my sources, it’s some kind of revenge. And a big lie.

Nice to hear that you’re already working on new material. Are there any official plans to release the full length album?

Oh, that’s not definite yet. The old songs will need some rework and of course there will be new material on it as well. I hope to release the album next year. 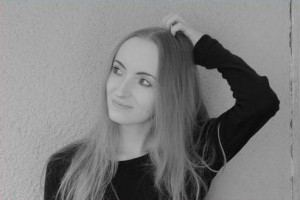 The EP features a few other people, most prominently N. U. Unruh of Einstürzende Neubauten. Could you introduce the other musicians?

Sure. There’s Gerrit, whose girlfriend Johanna played the cello on “Not Light”, they run the Blackstone Studio in Schöneberg, Berlin. Gerrit mainly helped with the recording itself and lend us the equipment for my session at home. But without Philip the EP would not be what it is now. Since he was witnessing my process from the very beginning and intuitively understood what the songs needed, I did not have to explain much.

The most tiresome question for a newcomer is probably the one about the band name, and since yours sounds masculine, I have to ask the obligatory gender question: Is there a CocoRosie-mustache-photo series coming up soon?

The funny thing is that “Jack” is completely neutral to me, I don’t know why. When I was 12 or 13 I was on a mission to convince everybody that it really doesn’t matter. Especially my mother talked very openly about these things but everyone else, i.e. the people at school or in our neighbourhood were rather close-minded, they demonized everything they didn’t understand. I realized very quickly how easy and amusing it was to provoke those people by blaring out at any given occasion that men should wear dresses because it looked much better anyway.

I haven’t thought about it yet. Well, yes, it is a project.. But I want it to be an important part of my life so I guess it must be more. And since I am behind it all resp. I’m the executive power, it must be me. Who else could it be? I don’t know who or what I am, that doesn’t scare me anymore.

How do the lyrics come about?

Sometimes I have one line which I carry around for months and nothing happens, sometimes never again. And then there are these moments where an entire song bursts out of me and I immediately have to record it. The result is often very surprising because no logic or plans lead the way. It all belongs together but it’s never the same. 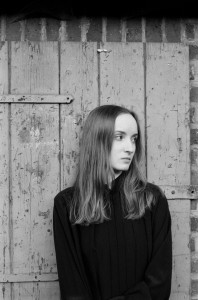 That “bursting out” you’re describing reminds me of something Thomas Bernhard said. He had a strong inner resistance that he was constantly fighting against and once he had finally conquered those forces he had to write and write like there was no tomorrow. Does this sound familiar or does it come easier to you?

Inner resistance is very familiar to me. Well, I think that it’s not necessarily easy for me to get to a state of mind which allows a certain openness, which is needed to make the “busting out” possible. However, this does not mean that I do not try to be as alert as I can, constantly. So there are automatically new experiences and impressions which are sometimes added to something that’s already existing. The fight Thomas Bernhard talked about – and if he really meant it that way – is the exact opposite for me. In order to create the mentioned basis, I have to accept certain uncomfortable circumstances, instead of suppressing or trying to extinguish them.

What would you consider more challenging or difficult – playing live or writing a new song?

Oh, definitely implementing a new song. My technical possibilies are pretty limited since I’m not a musician in the original sense. I’m currently learning to accept that and with time you’re going to evolve anyway. These songs could only turn out as they are at that specific time. Recording itself is a peculiar thing.. In my opinion, a recording doesn’t represent the “original”, it’s only a snapshot. What I love about playing live is that you don’t get a second chance, you have to be present. The same applies to the audience.

I don’t know if you’ve been paying any attention to what’s happening in the music business right now but were there any records or songs which you specifically liked? Any recommandations?

Go and see Leonard Cohen perform. And buy his new record “Old Ideas” – “..a manual for living with defeat”.

Nowadays it’s easy to record music and release it (at least online). Some people see it as a chance and others argue that a lot of interesting work is never going to be heard because there’s so much out there now. What do you think about that?

It’s both true. I believe that it’s rather the subsiding awareness which is alarming. To decide what is really important and useful and what is only dull entertainment, distraction. You have to call yourself to order. Sure, it can be difficult in times like these where the range of possibilities is just so wide.. But you have to accept it and you can’t use it as an excuse. I indeed believe that a certain discipline pays off.

Yes: Thank you for your time and attention, I’m not taking it for granted.