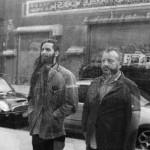 Maybe we can start with a rather tedious question but maybe you could say a few words about how you actually started Compound Eye?

D.: Tres and I were friends. We had met through mutual friends and from seeing Psychic Ills. I am a huge fan and it was one of those things: We were talking and we said we should collaborate on something and it was a slow process. I think the first record that we did, the Spring Press record, came out in 2010 [ actually 2012] and I think we started in 2007. You know we did these tentative steps just getting together and viewing each other and our different working methodologies and just took it from there. Even though we come from different types of music and maybe different backgrounds, there’s a similarity, an experimental similarity that was good common ground.

Talking about experimental music, I think your first record [„Origin of Silence“] fetches quite high prices.

We will try to encourage a repress but Jeffrey Burch likes these limited, these beautiful art editions, so he probably won’t repress and it will get more and more expensive. It wasn’t even available digitally either. No digital download, so the only way is if someone physically burns it when they are playing it.

When I got the last record ["Journey From Anywhere“] I thought of the bandname, and the associations I had were that it is about different perspectives, different approaches. Is that too far-fetched, or…?

No, you definitely nailed it. I mean just in a more fundamental level it was just really an appreciation of the compound eye, how fucking weird something like that is. The analogues and the metaphors built from there. First of all it was how strange is reality; nature is the strangest thing and it never ever stops being astonishingly weird, something like a compound eye, you know like an insect’s eye. And also to try and imagine what it’s like to perceive that’s truly other. I can’t remember who said that: I don’t want to imagine what it’s like to be a bat, I want to imagine what’s it like for a bat to be a bat.

When you mention these things, would you say that the type of music you do is something to alter perception, to cleanse the doors of perception to quote Blake.

I mean to me that should be your starting point for making music. I mean just for me personally. That should be step one. Starting off with a blank slate and then adding that. If music isn’t altering perception, for me as a creator it doesn’t interest me. You know “Journey from anywhere, journey to nowhere.“

Can titles guide the listeners?

When you say “guide the listener“, you don’t want something that just sounds good. That you slap on top of the piece of music. That’s the easiest thing in the world. It should really strongly identify with the music but also, if possible, enhance. Sometimes the title exists before the piece of music. The title should give you a little peek beetween the veil, cracking open a a little bit, getting some idea. You don’t wanna be literal about your intentions. It should be some kind of signpost. You know taking some randon word and the extracting from that. The Burroughs thing: How random is random? That was a bit of a touchstone. 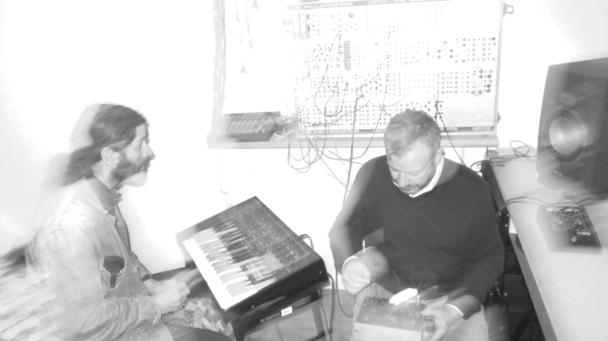 Would you say that this idea of randomness also applies to some of your compositions? On your last album there’s a track which is called a “cut-up composition“.

Yeah, yeah, we do that. Th cut up-thing. When we do that, we don’t do that very much. That would be in the editing process, it may be fairly random, like taking cut ups and seeing what happens. But even in the composition process there’s a lot of randomness, a lot of instability, some of the processes that we use, with the modular synths, the modular synthesizer is hugely random. And the way that we use it there’s a lot of random and a lot of stochaistic processes. So randomness but constrained within certain parameters.

Did any random element enter tonight’s show because of your limitations because some instruments were missing?

(laughing) We had finally got all of the instruments, even at the last minute I was running around on stage but some of the cables that we had weren’t there so we just had to make do. And some of the patching didn’t happen. We were keeping our fingers crossed. There’s a fine line between disaster and whatever the opposite of disaster is. (laughing) That’s why I like doing it the way we are doing it. That there’s a bounce on that knife edge of chaos and instability. You walk that fine line and any moment you can just fall on your face. (laughing). It’s fun. It keeps your heart going. You don’t need coffee (laughing).

How do you you feel then about music that is in live sitauations mainly done with a laptop?

It depends who’s doing it. What’s his name again? Who was on before. [Sote] From speaking to him beforehand… The worst thing I think you can do is to go on stage and just hit play. That just is so boring. But he was clearly doing a lot of real-time manipulation. That’s by its nature interesting. Generally I’m not a huge fan of having a laptop on stage or partucarly watching anyone. I don’t know why it is, it just always, it’s probabaly it has been abused for so long and not in a good way, but basically people coming and doing playback.

A couple of years ago Ivan Pavlov [COH] played in Rankfurt and he projected what he was doing onto a screen so everybody could see what he was doing with his laptop. To make it more transparent. And we briefly talked about the Sleaford Mods [before the interview]. It seems to be an honest way of doing it, hitting the button and not pretending to do something else, just standing there and drinking beer.

Yeah, that’s part of the performance. I want to talk about both Ivan and Sleaford Mods. With Sleaford Mods, it’s Jason Williamson, and I forget the name of the other guy, that’s part of it, standing there, drinking beer, it’ just genius, they may not do it for very much longer, but that works because it’s so deliberate. It’s not like: Ok I wanna do it but I don’t know how to do it, so I just gonna bring a laptop. You know it’s really part of it. And with Ivan. Ivan is so belligerantly (laughing) pro laptop you can’t even touch it (laughing). I love him dearly. In New York he did a performance and a q & a afterwards. And someone (laughing), someone dared, I felt so bad for this person, to ask him what software he used and he was just like “that’s like asking a guitarist what kind of strings he uses. That’s the most boring question anyone could imagine.“ He can defend his position better than anyone. And I admire that and he doesn’t even pretend to have a performative aspect. He doesn’t look busy and is not trying as if he is wrestling with the laptop. There are very slow deliberate movemnets. But it’s not something I would want to do. But I like that you brought up these two people. And it turned into this kind of anti-laptop thing. (laughing). [To Tres] You’ve never used laptops.

I think maybe with Captain Sons and Daughters the very first performance we did, I can’t remember. I think we used it for rehearsals. 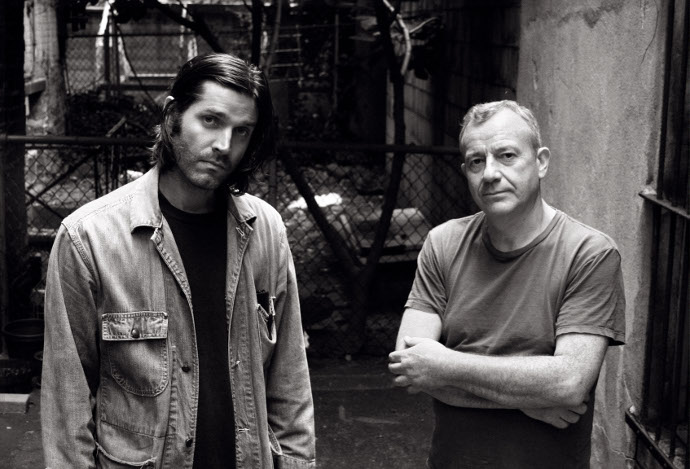 Now that you’ve mentioned an earlier project of yours and that there are some similarities that led to Compound Eye. Would you say that these earlier projects are still relevant to you? Are there projects where you would say that they played a very importnt role in your musical development while others were more tentaive steps?

Well, obviously Coil was… You can never get away from that. It’s something that’s part of me. There’s something in working with them that gave birth to a certain methodology. Some process that just does never go away. So that’s something and then going back to the very first band that was The Poems, you know we used tape-manipulation and cut-up tapes. I was 16 and cutting up making tapeloops. I think with Tres and Pschic Ills you guys have gone through many iterations. A common thread. But at some point… I remember seeing Psychic Ills once and it was flowing into a dark lysergic hole, it was like falling into a black hole of trippiness. That’s reflected in Compound Eye. But also Captain Sons and Daughters stuff. It’s all connected.

I recently saw a video of a Captain Sons and Daughters-performance on youtube and I could hear some similarities.

I think I had a modular but I was playing guitar. I like it when the borders become fuzzy and it’s not so easy to delineate. This is a person’s project under this name. It’s nice when it blurs.

I started with the origin of the band so at the end I would like to talk about future plans, recordings, stuff like that.

We’re gonna continue. We gonna record another album. Tres is recording a Psychic Ills-album and I’m doing a soloalbum. But once we finish with those we start doing the next Compound Eye-album. It would be some elements of what we did tonight. The last album, every track is different but there’s some unifying themes. It will be the same thing. A variation..

The last track tonight had some rhythmic elements.