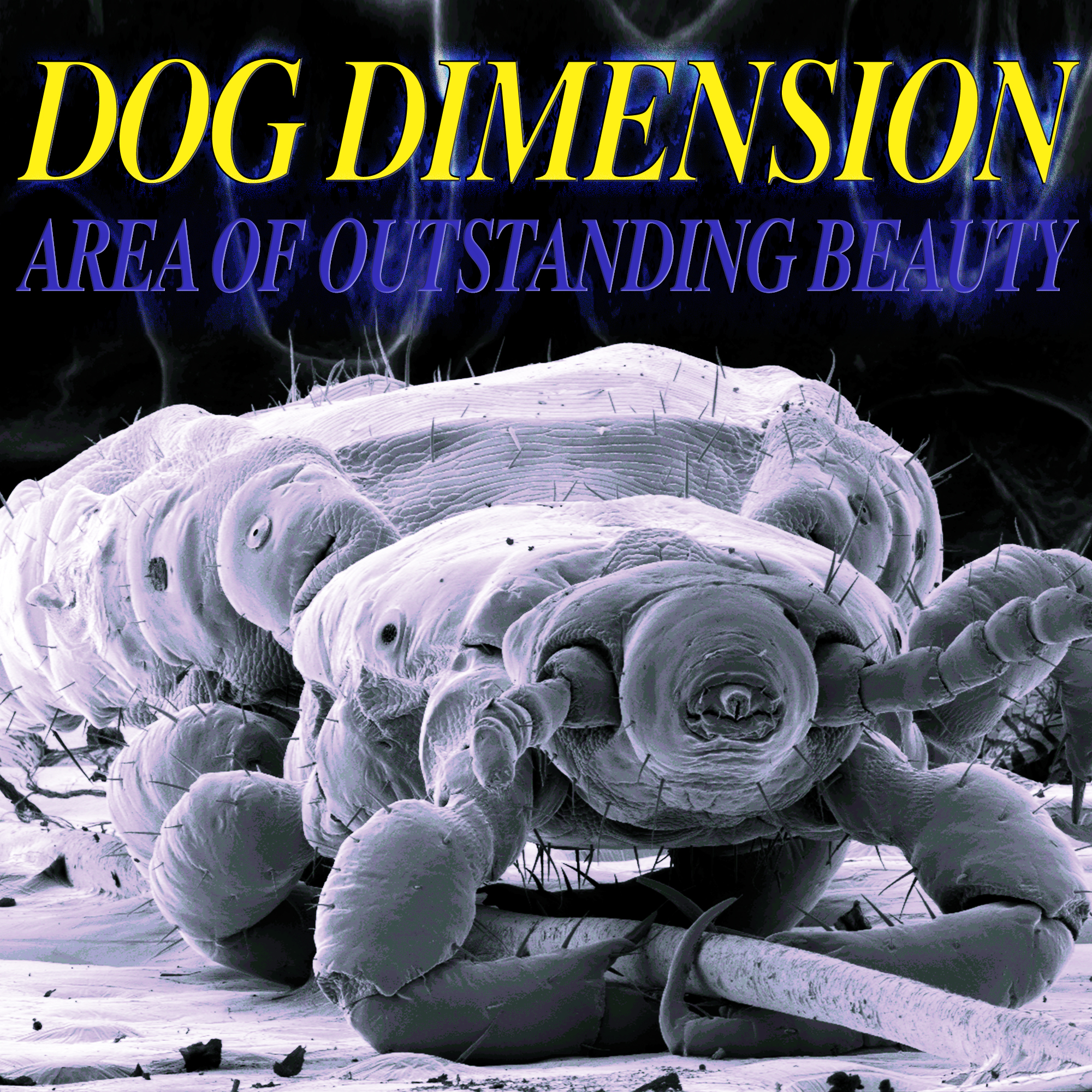 „Dog Dimension is a one-of-a-kind rock band from Berlin, scratching the itch that the 90s left behind. Their second EP »Area Of Outstanding Beauty« will be released on 12″ vinyl via Berlin based label Bohemian Drips on October 4th 2019. After years of playing in different projects, the trio first set foot on stage as Dog Dimension in February 2019, along with the release of their debut EP »Life Vest«. Since then they have evolved and found their unique style – a hybrid of noise rock, experimental funk and grunge. They have a growing reputation of being a band you must experience live, with a fresh sound that’s instantly recognisable, and highly energetic, spine rattling shows. The word »moshable« is hovering somewhere over the three-headed beast and it’s safe to say the band has listened to Primus‘ »Frizzle Fry« once or twice. »Area Of Outstanding Beauty« is a whirlwind of six luscious, in-your-face songs. Dog Dimension have a knack for keeping the arrangements fresh and exciting, whilst never shying away from hypnotizing instrumental parts. Lyrically the EP takes you on a journey from cleverly crafted metaphorical pep talks to dystopian depths and dream-like scenes, with a gentle touch of tongue-in-cheek and a not so gentle touch of anger. The band has found just the right sound for their style of song writing, which might evoke a 90s flashback in some, yet has the potential to establish itself in contemporary alternative rock music. After playing shows in Berlin and surrounding cities, they went on their first tour through Germany, Switzerland and Poland earlier this year. The trio will pack their gear and tour through Europe again in October 2019 and another tour is scheduled for March 2020.