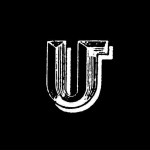 Although the name Margenrot stands for a rather opulent form of experimental electronics, the music retains a mysterious aura – perhaps because the numerous samples on the previously only release Zangezur remain vage and undetermined, but maybe also because the combination of ritualistic and sometimes noisy electronics with subjects of medieval Armenian history seems just as unusual as the interplay of analogue synths with the sound of Oriental woodwinds. In the following interview, musician Lusia Kazaryan-Topchyan, who now lives in Moscow and is the person behind Margenrot, brought some light into the Caucasian darkness and at the same time aroused our curiosity for the future.

Before you started Margenrot you played in some other bands, maybe most prominently in Fanny Kaplan. What made you start your solo project? Was there an initial idea?

When you play in a collective, you always have to make compromises and to consider to either insist on your own ideas or to step back and agree with others. In any case, it is a continuous dialogue between different opinions and tastes. Margrenrot is a personal project of an intimate nature. Here I turn to myself, to my own story. Nevertheless, the invaluable experience of playing in a band has given me insight into how to write a rhythm section and into the interaction of instruments.

The solo project began when I moved from Omsk to Moscow. At that time I was in search of a music group, and in parallel I also composed sketches on the Yamaha synthesizer. Over about six years, the synthesizer has lived in a slow pace and picked up a variety of material. Many of those recordings had gone back into the shadows, and just in recent years I started liking the results. After the break-up with FK, I had more time for Margenrot and the completing of the album Zangezur.

So the seven tracks on this debut also have a longer history?

In fact, Zangezur is not the first album. The first album has been awaiting its release on a German label for a long time. But I’m tired of waiting, so I wrote the second album and released it as the first one on the Russian label Klammklang.

Tracks from Zangezur gathered through the year, but “Hałas W Samolocie” was written back in 2013 after my trip to Poland. 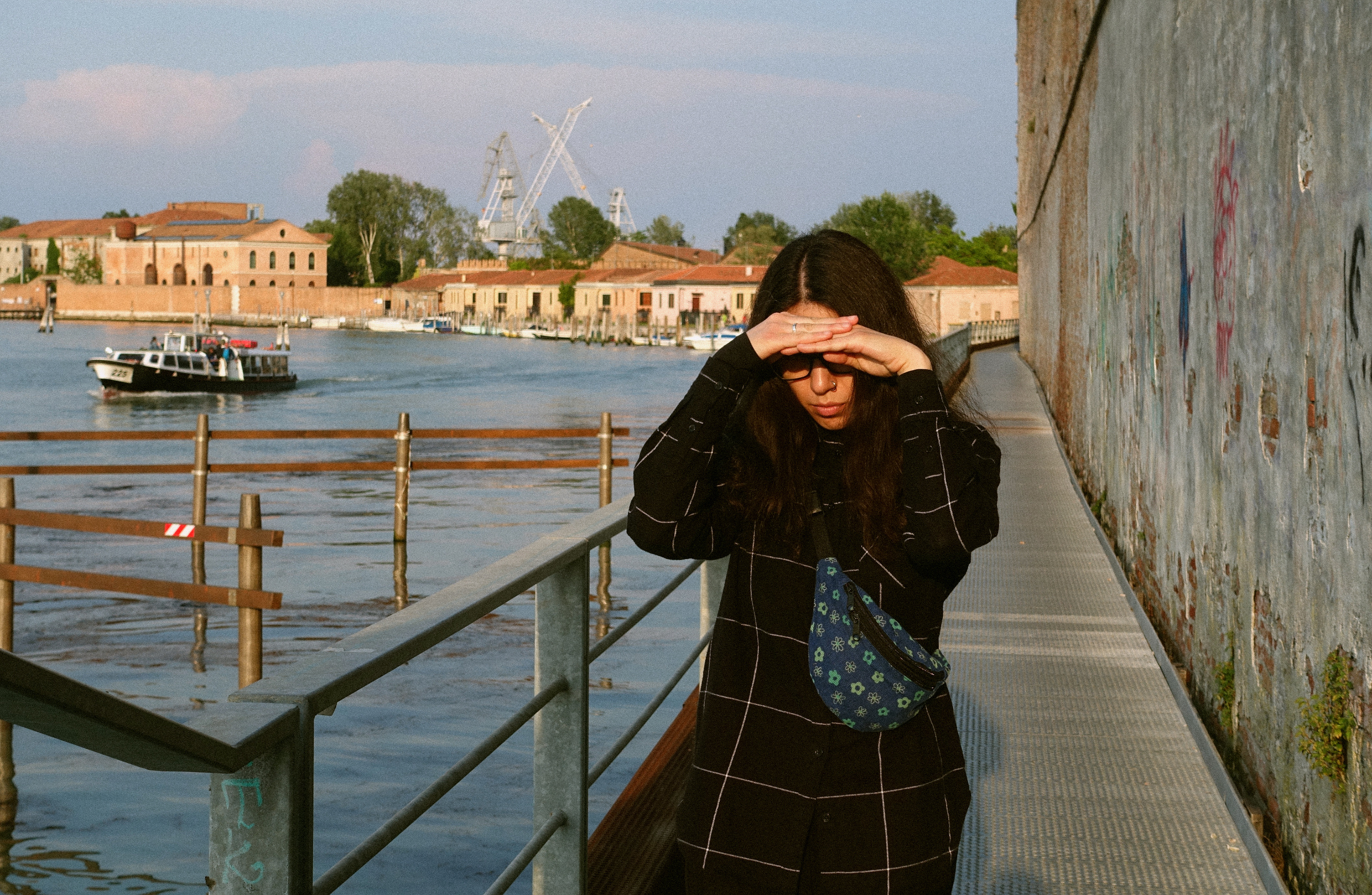 How did you develop your songs? Are you more a composer or an improviser, who works in a “trial and error” mode?

I would compare the process of creating music to drawing a picture. It can be like painting or graphics, the elements of which are collected from synthesizer and samples. But pretty clearly the sounds are like pictures with their rhythms, meanings, moods. There is, however, almost no abstraction in the compositions. The process of creating tracks is always different, but mostly it takes place in the “trial and error” mode. An idea can originate in my head and be implemented in many ways, or vice versa – the process of creating a track brings on an image, a story.

Which sorts of instruments and sound sources did (and do) you use?

In addition to the industrial noises recorded electronically, I am interested in collecting material related to the culture of the Armenian people: I recorded choirs in a Catholic Church, sounds inside a dance club in the village of Naohrebi and various other noises. The sound on the album is determined by analog synthesizers and military sounds digitized from records.

On first sight, I thought the name Margenrot was a playful disassociation of the German word for Aurora or morning sun, but then I discovered that it’s also a family name. Is there a story behind it? 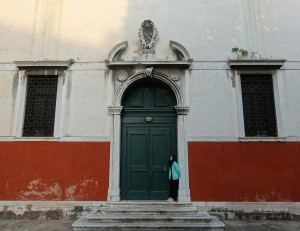 I deliberately didn’t want to burden the name of the project with a deep meaning. It’s more connected to a story from life. When I first visited Berlin, I have lived in the last squat on the street Kastanienallee for some time, next to Café Morgenrot, which hosts book presentations, exhibitions and other leftist events. I liked its name and its firm sound. And modifying it a little, it became the name of my solo project.

As far as I know you were born in Siberian City of Omsk, but have lived in Moscow for some time. Have you also been to Armenia? How much do you think has staying in all these places influenced your music?

I was born in Siberia and been to Armenia for a couple of times, of course, and these trips made an impression on me, in contrast to the gray Omsk, it was warm and loving over there.

All these places probably influenced my music in some way. All that lives with us, memories, the places of residence, all this affects creativity. You cannot step out of that.

You include some wind instruments like the Duduk in your mostly electronic sound, and in my perception it gives the music not only a slightly folkish, but also a ritualistic touch. Do you play these instruments yourself, or are they sampled from records?

Unfortunately, I don’t play the Duduk, maybe someday I’ll learn, but for now, I have to make do with the digital version of the instrument, plug-ins from which it is possible to add the conceived lines of the melody. I even tried to find a Dudukist for the performance, but I did not find a suitable one.

Did you find your sounds more or less by chance, or do you sometimes search for certain samples according to a plan? 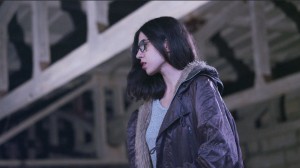 This happens in different ways. I now live in the suburb of Moscow and often walk around all sorts of abandoned places, plants, forests. I live near the railway station and hear trains passing by every day. I generally like the theme and sound of trains, their rhythm. This once again proves that the environment affects creativity.

This question is maybe a bit off-topic, but I’m curious if the spiritual works and teachings of G.I. Gurdjieff have ever been an inspiration for you as an Armenian based in Russia?

Gurdjieff is an interesting person. The man is an orchestra. I was interested in his extensive work, especially I liked his staging of dances, where the participants of the performance skipped through their body vibrations of music and each row of dancers breaks down the music apart by parts: one row of dancers quick melodies, another row – percussion. The whole act literally shows the waving(throb) picture. He wrote magical music. Though I would not have called him a clear source of inspiration, maybe only a little.

For me, the music of Margenrot has also a strong cinematic side, the combination of various sounds and voices can evoke vivid images. Are you also interested in film, visual arts and multimedia? Are there certain works that have influenced you?

Oh sure. For me, in general, every song from Zangezur is a scene from a film. And every scene describes a small life, a situation from life and all of this leads to a big story. I watch a lot of movies. They may not at all be associated with my work, but I’m sure they somehow affect it.

My newest favorite is the Taiwanese director Edward Young. Through the personal conflict of one family, he shows the entire political and historical situation in his country. I like the fact that there is so much air in his shots, and how he shows the city in his films. 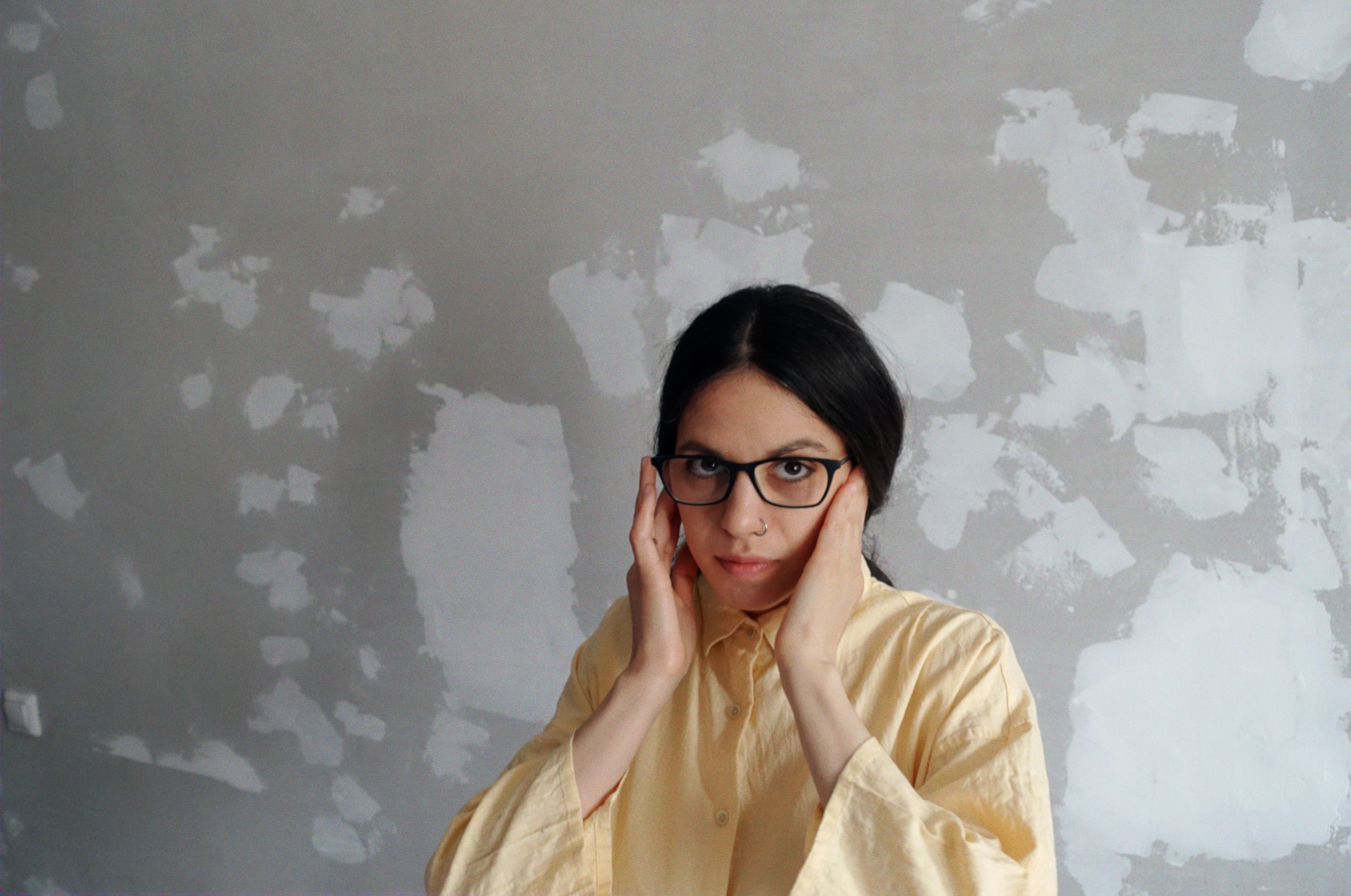 I recently watched the latest film by Kira Muratova named eternal return and I thought: “This is Steve Reich!”. They share repetition techniques, but each one creates meaning with them in her or his own way:

In his academic music, Steve Reich used recorded speech as a source for melodies, reproduced at different speeds in a loop. Muratova repeats every scene many times, each time with different actors, their different manner of playing and style. She does not try to smooth the junctions between the scenes but shows the seams. This is very close to me. Also, documentary films by Adam Curtis, movies by Jafar Panahi, Andrei Tarkovsky and many other directors influenced my music.

In case you’ll run Margenrot as a long term project, could you imagine including guest musicians in it, or is it meant to be a strict solo endeavor?

I do not exclude the option to invite musicians for performances, as part of an endless process of searching for different techniques and images, knowing that my music is called experimental.

What can you tell us about the local music community you’re connected with? The people, labels etc. you work with, is this basically a circle of friends?

Yes, it’s basically a circle of friends and acquaintances. In Moscow, there are quite a number of platforms and communities, but only a few people make experimental music.

I can talk about those communities that have a direct relationship with me.

I released vinyl on the Russian label Klammklang, which organizes concerts at NII, which specializes in electronic music of different kinds.

The cassettes are released by Akoazm, who did a series of Erotika parties, now it was renamed to Akoazm. I also performed quite often at the largest local festival Joy. All of them support experimental electronic music on pure enthusiasm and on their own financial risk.

Unfortunately, our state is not interested in supporting the electronic and alternative scene, in contrast to Europe. On the contrary, they interfere with some initiatives. For example the prosecutor’s office of the city of Moscow banned the largest festival Outline. After a police raid, they closed the techno club Rabitza. 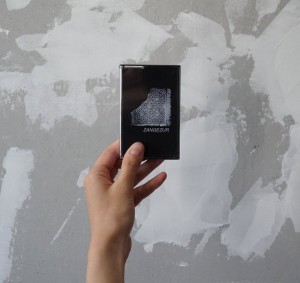 You’ve played live for a couple of times now, and I’m quite sure you’ll also play at a German venue in the future. Are there any plans for touring?

I was invited to England for two festivals in Bristol and Ramsgate in August. I also plan a Euro tour in October and Berlin in the list of cities 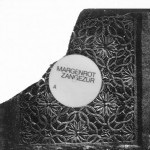