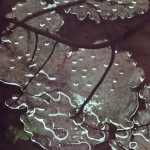 When Maurizio Bianchi has been mentioned in recent years, it has increasingly been in the context of his earlier recordings, which juxtaposed the industrial music of the years around 1980, which was just entering its “post” phase – initially under the pseudonym Sacher-Pelz, soon under his initials M.B. – with a perhaps less aggressive, but all the more desolate “Low Key Depression” variant, which was later to become a central influence for numerous acts from Atrax Morgue to The Haters to Controlled Death. In the 90s, his music became noticeably more harmonic, and the sometimes cosmic-ambient tenor of some recordings and confessions such as “I love life and I hate death” already earned him the New Age stamp in hasty comments. Much has been written about his enormous discography, his creative break of several years since his conversion to Jehovah’s Witnesses in 1984, his frequent avowals of freedom and independence of thought and action and his numerous collaborations in later years. The occasion for our interview, in which Bianchi repeatedly refers to the intentions of his music, was the re-release of the two milestone albums “Armaghedon” (1984) and “The Plain Truth” (1983) via Spanish label Verlag System.

Last year, your early albums “The Plain Truth” and “Armaghedon” were newly released by Verlag-System. Was it your idea to put them out again, and what do these records mean to you today?

It was a nice initiative of the Verlag System label, which came at the right time because these two works had already been reissued on vinyl years ago, but in a guise that is not in keeping with the importance of the subliminale message contained in them, while now the splendid reissue of Verlag exalted its sander depth and stringent vigor.  In fact, even today these two works represent the culminating phase of my artistic career of the first period as they contain a message of summary relevance.

In his accompanying text to the re-release of “The Plain Truth”, Gary Mundy mentions that you went through a very happy life-changing experience, which most probably refers to your religious conversion. Do you still feel connected to these feelings when you listen to the record again?

It is true, especially with THE PLAIN TRUTH, in which I wanted to insert my personal discovery of existential truth and spiritual purity.  While ARMAGHEDON highlighted a more realistic view of what the “true apocalypse” means, that is, the herald of a new era of peace and serenity for all humanity freed from its death sentence.

Would you say that your change in your attitude to the world led to a change in musical direction and/or the way in which you approached the composition of your music?​

It is not up to me to define this change as it is evident to the ear, but above all to the heart of every attentive user of this message of true hope.

On a note of the back cover, you dedicated this album “to all the redeemed people”. Were there any discussions about this music with people who share your religious beliefs, and if so, what were the most notable comments you received?

In fact, there have been no discussions with anyone because the deep respect that my co-religionists have for me is truly at the highest level. 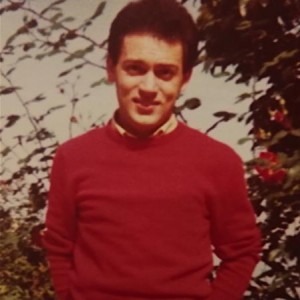 Has there ever been a situation in which somebody totally misunderstood what you were trying to express with a release?​

There have been a few people, especially when, after my return in 1997, I published the trilogy of COLORI / FIRST DAY LAST DAY / DATES, as they classified me as an advocate of “new age” music, while the sound message that I wanted to transpose it transcended the concept coming from the “new age” current, because it approached the essence of the human soul, in the search of a definitive emotional liberation.

Do you plan to make more of your early releases available again in the future?

I have carefully planned reissues of DAS TESTAMENT and CARCINOSI on CD, by a prestigious Italian-Swiss label.

You have been incredibly prolific and there is a huge body of work. If you were to give somebody new to you and your music suitable entry points, which album(s) would you choose?

For the first period, an “adapted” anthology, entitled TECHNOLOGY 1980-1984, which will be strictly released on cassette in January 2022 for a Turkish label.  While for the second period, in addition to the trilogy I mentioned above, it makes no difference with which release to make the first approach to my experimental universe, the important thing is to do it with a liberating attitude.

How much has your approach to creating music and your artistic attitude changed over the years? What are – besides different technical options, of cause – the biggest differences between your way of working then and now?

In general, my experimental approach has remained almost unchanged, as I am always animated by the modulatory desire and the will to always create something concrete and fresh. As for the techniques used, I give more importance to the substance as the technique is only a means to achieve the goal of edifying the listener.

Are you producing new music at the moment?

At the moment I am concentrating on visual art, in fact an experimental film of mine, with unedited soundtrack, entitled MILFB, will be released on DVD later this year.

Some years back, you coined the term anarchophonic for the sort of music you create. Would you still use the term, and what would you say is the most anarchic element of your creativity?

I would no longer use this term because my musical evolution is always projected forward, but I must admit that I still retain an unconventional spirit, which transcends any academic meaning of the term ‘music’, and this allows me to always try new ways to reach infinity.

You have worked with a number of artists. Do you approach each collaboration differently or is there always a similar method?​

There is almost always a conventional method that accompanies every project.  First I send the artist my pathologic material which acts as a ‘basic guide’, on which the collaborator then redesigns his contaminator intervention in order to obtain a homogeneous and compact amalgam.

A rather current collaboration is the one with Justin Wiggan. It says that the release is strongly influcneced by the Hebrew term sheminith. Could you say a few words about that release and how the idea for that concept emerged?​

IT’S BETTER TO ASK TO HIM (JUSTIN WIGGAN) BECAUSE THE IDEA CAME FROM HIM.

What matters is not my declaration, but I refer to what an ancient essay wrote: “I have seen all the things that are done under the sun, and behold, all is vanity and a running after the wind” (Ecclesiastes 1:14).  So this is a warning to everyone to focus on the really important things in life and not on the futility imposed by the mass media.

Interview: MG & US, Translation: A. Kaudaht