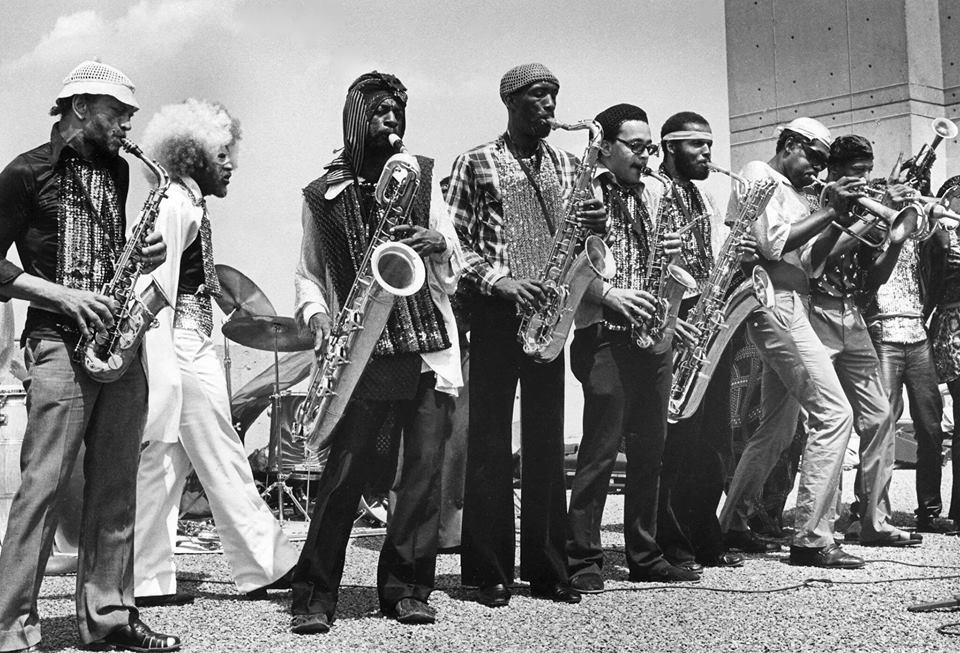 “Sun Ra was one of the greatest and least known artists in jazz history. His influence on diverse musicians has become more obvious in recent years but is still little understood by the general public. A visionary pianist, electronic musician, improviser, poet, label owner and band leader, his music ranged from Doo-Wop to Avant Noise, sometimes exercised within the same pieces. His band could play a classical tune and almost imperceptibly soar into their free cosmic equational tones as if they possessed a single mind. Ra was a keyboard improviser of great originality, exploring the tensions between musical freedom and coherence, between the known and the unknown.

One of the founding fathers of Afrofuturism, Sun Ra’s music, philosophy, academic lectures, costumes and films (such as Space Is The Place) laid the ground work for many artists to follow, from Funkadelic and Lee Scratch Perry to Outkast and Flying Lotus. Sun Ra positioned himself at a intersection between black culture, technology, liberation, imagination and myth to discuss improving the lives of black people whose future he proclaimed to be intergalactic, situated in the unknown since what he knew was unacceptable. No matter how outlandish some of his claims might have seemed, they were always deeply rooted in the real, everyday struggle black Americans faced back then and still face today.

Though the iconic Sun Ra left our planet in 1993, his cosmic legacy and mythocracy is proudly maintained by the interstellar sounds of the Sun Ra Arkestra, which operates under the direction of 92 years old original member and alto saxophonist Marshall Allen. With a massive, joyous songbook featuring classics, organized chaos, sing-along chants and atonal blasts of mischievous brass, the Arkestra remains one of the most unmissable live acts today.”