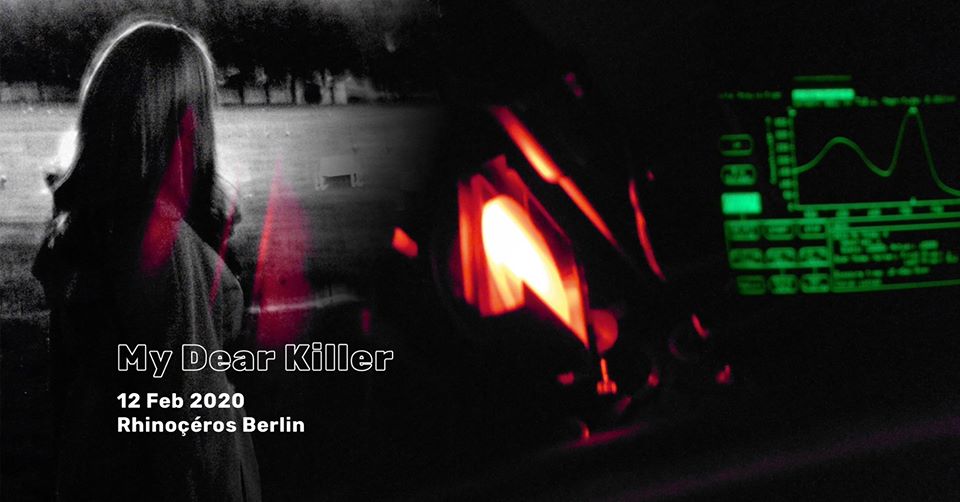 “My Dear Killer was born in the middle of the nineties as project aimed at collecting minimalist song-writing, stratified on a mesh of noise, ambient and field recordings. The songs are built around few fragile chords and whispered vocals, often drowned in a sea of feedback or accompanied by field recordings and they are intended to be listened on (possibly biased) audiocassette, ideally in a parked car, by a frozen lake. My Dear Killer first LP, “Clinical Shyness” (BM01/UMB#02), was released in 2006 despite having being recorded a few years earlier, and it is characterised by a rather distinguishable sound at the borders of noise, concrete music and alt-folk. The second extended work “The Electric Dragon of Venus” was released in 2013 (BM33), and featured an extensive and substantial contribution from the Italian minimalist act ONQ, both in the recordings as well as in the arrangements. From The Electric Dragon of Venus emerges the multifaceted nature of the project, through the blending of the noise/feedback elements with the more subtle and dreamy-sounding sonic landscapes. Other than the two long playing MdK has released two singles (7”, Forecast (EBS#01) and Glass Glow (BM), and a few of EPs (Easter EP, Cynical Quietness). More recently it has taken part in collaborative works; together with Matteo Uggeri, in 2016, for the realisation of long composition in five episodes, entitled “L’albero della Morte” (The Tree of Death), which appeared in the split tape Blind Tarots, also featuring the American minimalist/experimental folk act Modern Day Monks. In 2017, together with Massimo Onza, formed a long-distance duo under the moniker Sad Cambodia , whose first work “First Metheoretical Bulletin” was release in 2017 by Under My Bed and Sincope.” (MDK-Page)