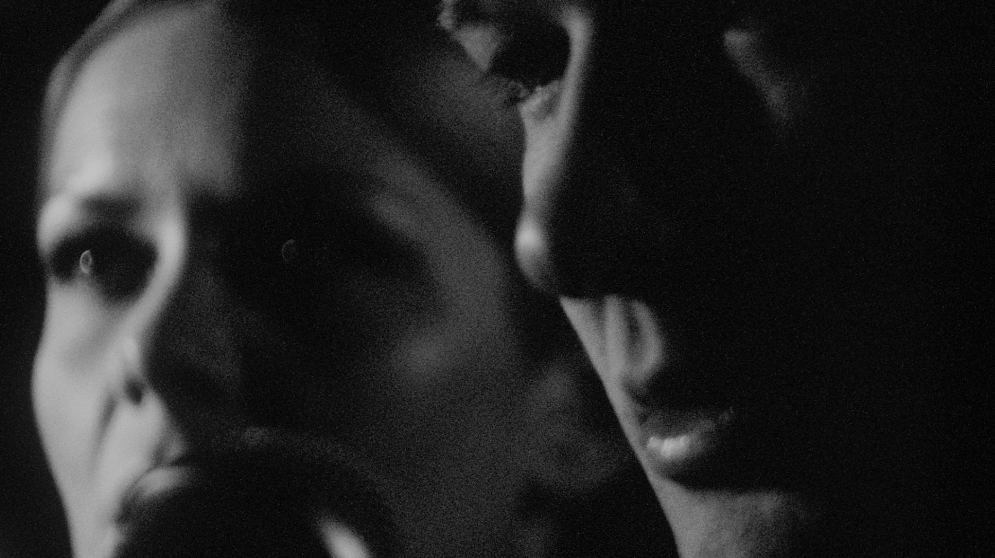 From what can be heard when listening to your first two-track-EP “Vengeance Candle“, it seems that the focus of Clay Rendering is more on songs than on tracks/sounds. Mike, in an interview with The Wire you stated that you are the “rock and Metal guy“. Is Clay Rendering your attempt at creating (some form of) rock music?

“Song” is something we feel passionately about within this band and will continue to focus on. Clay Rendering is the most structured project I have ever been a part of, and because of that it has also been the most experimental thing I’ve done in long time. It started as the farthest out of my comfort zone I’ve been and now I feel at home. Clay Rendering reflects all of our vast interests, some more obvious than others. Metal is very important to us and will always serve as a source of true inspiration.

I read that the songs are/were inspired by the “last days“. Can you say a few words about the concept behind that?

The end is always at hand. Clay Rendering is resurrection.

Your band name suggests an act of creation. Is that one of the reasons you chose it?

Yes, that is certainly one reason. 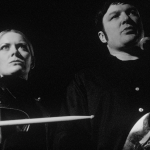 The projects The Pool at Metz, The Haunting and Failing Lights (in which the two or one of you have/has been involved in) are less abrasive than some of your other music. Would you say that the seeds for Clay Rendering were sown somewhere there?

Yes, I think its the next proper step in the evolution of what we do with those projects, all of which are still “active” in one way or another.

You’ve been involved in uncountable bands/projects. It seems you put a lot of energy in Clay Rendering as there is a website and you’ve even made a video for “Nature’s Confusion“. Is that were your main focus lies at the moment?

Absolutely. We cannot hide it. Clay Rendering is our life right now. It is in our every breath.

Fact Magazine wrote that your video contributes to the “air of ambiguous mystery“. Can you say a few words about making the video?

We had some clear visions for what we wanted the video to be like, and some images we wanted in there, and we think it came out perfectly. All the credit goes to the director, Joel Rakowski. We are already planning more videos for songs on our debut album. 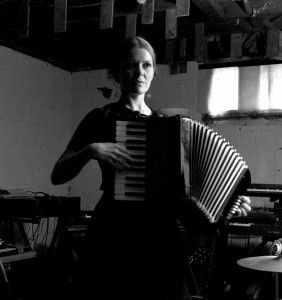 The two of you have worked together as The Haunting. To what extent does the new collaboration differ? What can you tell us about your working process?

The Haunting is more loose, minimal, experimental. We will re-visit The Haunting again–we love making that music. Right now Clay Rendering is what truly excites us. One of us will come up with a line…a guitar line, a piano line, a lyric, and we build from there. Once we get the song to a close approximation, we put it on repeat and spend days listening to it. This is where the song comes together, where we get the ideas to take the song to a new place, we see where it needs to be lifted…see what needs to be added…feel how the lyrics fit…

Let’s briefly talk about media. The first release by Clay Rendering has already been released digitally, and the vinyl is to follow later. Gods of Tundra and also the labels of your former bandmates in Wolf Eyes are (in)famous for the huge number of releases as well as the variety of formats (tape, CD-R etc.). How do you feel that now you start with a digital release? 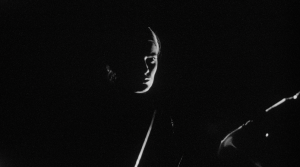 “Vengeance Candle” is first and foremost a 12″ EP…it simply takes less time for the digital to be available. But we don’t mind this one bit. My attitude towards digital has evolved over the years–I’m completely OK with it now. When we were younger, we found out about bands through record stores. Now kids will predominately find out about things digitally on the internet, it’s as simple as that. I’m not saying I love it, it’s just reality. You will definitely see the Gods of Tundra catalog going digital in the next few years. Fear not tho… for our tastes, we love the real thing…whether it’s vinyl, tape or CD. All of our releases will be on proper formats.

Some people have argued that the noise scene in the USA is evolving and/or dissolving. How do you perceive the situation at the moment? Do you think there’s a tendency to focus more on songs, or on music that you can dance to? Would you say that Clay Rendering is a part of that development?

Clay Rendering was created during a period when we were disconnected from the world. We re-discovered our passion for this music as well as our passion for creating something together. If Clay Rendering is considered to be a part of anything it is unintentional. Of course we are aware of noise artists doing more song-oriented projects. Most of those artists, including us, have always had song-oriented tendencies, so it’s not very surprising.

You’ve recently performed on the same bill as Cut Hands. Do you see any similarities between you? 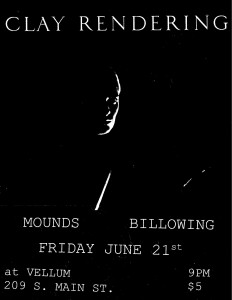 We have been inspired by Whitehouse (and now Cut Hands) for as long as we’ve known each other. He delivered one of the best sets we’ve seen in years. We will not compare our very first show to that! If there is any similarity, it is that we are both doing exactly what we want to be doing on our own terms…whether or not it’s called “noise” or “music” or whatever. It was an honor to have our first gig playing before Cut Hands.

What are your gigs like? Is it just the two of you on stage?

Yes, the two of us. Tara handles the earth elements, I handle the fire elements.

Are you already in the process of composing/recording new material?

Yes, we are firmly in the middle of recording our debut album. New songs are being composed weekly, but we are at a point where we have the album. Now it is a matter of organizing, editing, reworking, minutiae…. We have a number of shows this summer and will be playing new songs at each of these shows, another great way of seeing what works and what doesn’t. The album will be complete this summer.