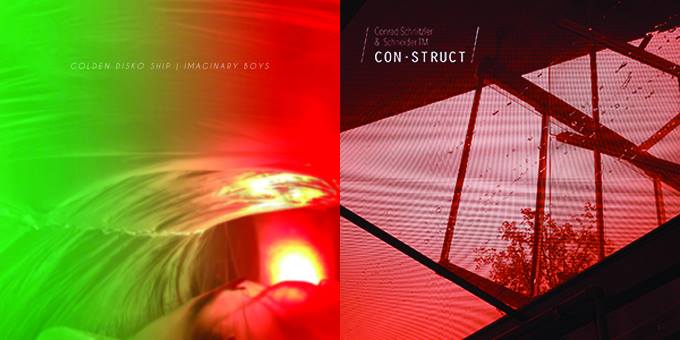 “Golden Diskó Ship is Theresa Stroetges, a Berlin-based multi-instrumentalist and video artist who performs live as a one-girl orchestra. Her imaginative soundscapes, shifting from delicate melodic lines steeped in nostalgia to the feedback arcs and textured distortion of machine abuse, evoke lucid dreams and have won critical praise for their fresh, eclectic collages of electronic and acoustic sound. Her debut solo album, Prehistoric Ghost Party, was produced at the legendary Faust Studio, home of the Klangbad label, and her tracks have also been released on Monika Enterprise’s City Splits # 1 and The Wire Tapper’s June 2012 compilation. (CTM concerts)

The German pioneer of electronic music Conrad Schnitzler (1937–2011) amassed a vast archive of sounds for use in combination with each other in live performances. In 2011 the idea came up of con-structing new compositions, not remixes, from this material. The Con-Struct series was born. The second release of the series features con-structions by Schneider TM. “I am very happy and honored to be invited to do an album for the Con-Struct series and wanted to do something special and genuine in this posthumous collaboration with Conrad Schnitzler. I wanted to get as close to his spirit as possible, so I created a musical situation as if we were actually collaborating together in the same room, with Conrad playing his pre-recorded sound-files or modular system and me dubbing and processing it live on the fly… almost as if it was a live-concert situation.’”