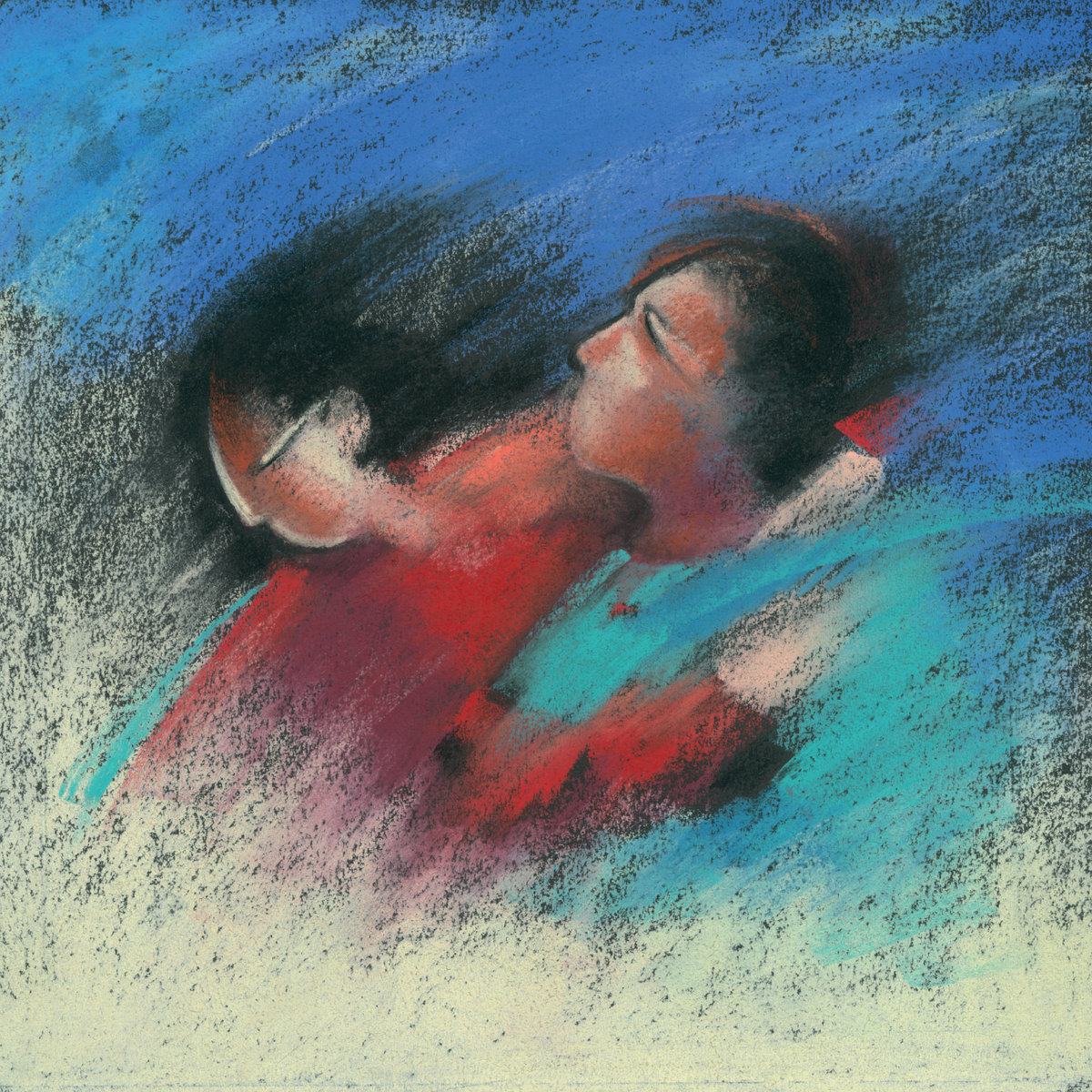 “While history, both private and public, is scattered with working relationships between siblings that simply didn’t “work,” UMAN’s story is uniquely different and defined by this bond. Danielle and Didier Jean were born and raised in Vallée de Chevreuse, a verdant area south of Paris, where as children they were surrounded by music, singing together in their parents’ car before maturing into musicians themselves. Danielle would develop her voice through vocal groups and choirs, while Didier tried his luck as a bassist. Then a strange thing happened.

As Danielle and Didier grew older, rather than gravitate away from each other (as siblings sometimes do) they found a way to stay in each other’s orbit by creating music together. Before UMAN came to fruition, Didier amassed a collection of field recordings, inspiring by the concept that music could be created, or found, with no set convention or linearity. Drawing further inspiration from the improvisational character of jazz and progressive rock, and gleaning ideas from the visual arts, Didier and Danielle explored sounds existing beyond commonly set scenes in music.

[...] Before Chaleur Humaine debuted UMAN’s work, in 1992, Danielle and Didier recorded two albums of pop songs in professional studios that were released by French record companies though not met with much fanfare. A little later, they built their own studio, at 9 rue de l’Yvette, in Orsay, an intellectually lively, woodsy suburb located south of Paris. There they could create music free from outside constructs or record label expectations. Resources were lean, but they thrived in this setting and freedom. Chaleur Humaine became the byproduct, and more so an expression of resolution and independence. In the almost self-imposed wilderness of 9 rue de l’Yvette, Danielle would come into her own as a singer, using her voice as an instrument. Owing to her studies in Gregorian and gospel music, Danielle’s voice, drawing comparisons to Liz Fraser and Enya, would dissolve into even further esoteric and experimental form when processed through the technology at the duo’s disposal.

Persuading early sampler and rompler instruments from their memory board’s cold hold, on Chaleur Humaine Didier reimagined Danielle’s vocal improvisations in a way that expressed gradients of human warmth. “UMAN Spirit” (formerly “The White Spirit,” now updated for the modern moment), “Human,” and “Atmosphère” were songs from Chaleur Humaine that Didier and Danielle solicited alongside album demos to a few in the French music industry, and which found their way to Gilles Fruchaux, who would release the album on his Buda Musique label. Poetically, it was a record label known for its rich world music catalog that signed a group which reimagined music from around—and beyond—our world into a peerless postmodern collection. Although you might find bits of Chaleur Humaine reminiscent of the works of Giovanni Venosta, Nuno Canavarro, Wally Badarou, and others, UMAN played no role in a zeitgeist. In their own mercurial space and through their own inventions, UMAN performed and collaborated with fringe choreographers, painters, and artists, promoting universality over artistic myopia in music.

There’s a mantra throughout Chaleur Humaine: “It’s this force, almost animal, warm, like a kiss, fresh like the morning dew, that we call human warmth.” It’s this poem, reimagined in various languages throughout the album that binds UMAN and us together. With eyes, ears, and mind wide open, we perceive this universal theme still lingering on in their music, asking us to divine in one another equal inspiration. Although one last thing remains, hinted at in Zad’s wonderful pastel album cover art. It’s an honest question: “Are you ready to embrace it?’” (Diego Olivas)