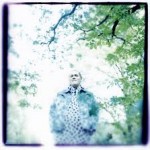 Over breakfast a friend of mine came up with the idea of investing a few thousands in a baby company, taking her eggs and my sperm and a few poor women, later sell the high-class blue-eyed treasures to the highest bidders. Then I got asked by a friend of a friend if I could babysit their daughter tonight. And on my way home huge masses of snow came down the roofs like white and shiny (late) Christmas bombs, I couldn’t help but imagine at least one of them hitting a baby buggy – survival of the luckiest.

These three incidents are somewhat unconnected, I admit. Still – lightheaded as I am they all reminded me (onomatopoetically) of a brilliant musician from Cleveland, Ohio, who has been haunting my daydreams for quite a while now. Baby Dee honored us greatly by answering a few of our questions. I would like to express my gratitude towards Baby Dee and also thank Uwe Schneider for doing all the dirty/journalistic work.

And don’t you think that we will excuse your absence on March 25th (Berghain). It would be plain stupid to miss out on Baby Dee’s Berlin concert and we do not tolerate this sort of self-destructive behavior.

Last but not least I would like to apologize for this introduction, but what else can I say? Just read…

Your new album “A Book Of Songs For Anne Marie” is sort of a remake of an earlier version that was recorded in a really provisorical way. What lead to your decision to work on these songs again?

I never thought of the first release as the definitive version of those songs. At that time I just knew I didn’t have the wherewithal to do them justice so I purposely made the record that went with the book (they were released as a book not a CD) in a kind of slapdash way so when I recorded them I went to a studio and played through the songs once and sent it off without even listening to it.

I thought back then that a song was worth more if somebody else did it. To me that gives a song more of a life of its own — completely independent and apart from the writer. That was what I was after. It just seemed to me at the time that was a way to leave room for somebody else to take it and make it their own.

I didn’t quite get that but I got the next best thing. Maxim Moston offered to arrange them and produce the record. It’s still me singing and playing harp and piano though. What can I say? It’s not a perfect world.

In most of your songs, there is a strong element of storytelling. This becomes even clearer with this album because of its main character Anne Marie. Imagine a novelist or filmmaker would like to do an interpretation/adaptation of it, how would your work appropriately be translated into film or literature?

Most of your songs are based on harp and piano. Apart from the fact that there is a harp in every piano – what do you think are the most important differences between using the piano or the harp to shape the character of a song? And why is it that you love these two instruments so very much?

A harp is like a piano without its clothes on while it’s still young and pretty. I always loved the harp but didn’t get to play one as a child so the piano is my mother tongue. All these songs were written at the piano and then completely rewritten to play on the harp. The harp was what I used to carry them out into the world.

I can do a piano tour now and have mostly good pianos to play but back then I had to use the harp. No one knew who I was then and getting a piano can be kind of a big deal. Music, the instruments and the writing is generally a lot more of a practical thing than most of us start out thinking. Probably if good pianos and concert harps weren’t so damn big and expensive a lot more people would be playing them and doing tours with them. As it is they’re among the most impractical things on earth for a tour to depend on.

I have a tiny concert harp that I keep in England. If times got tough for me and piano shows became unrealistic again I could always go back to schlepping it around on trains.

The “Book of Songs” lacks all the cabaret or even rock elements of your previous album “Safe Inside The Day”. In a certain way, it may introduce the newer fans to your more classical style, may this be called “torch song”, “balladry” or whatever. Would you regard “Safe Inside The Day” as a singular thing and the “ballads” as your main focus?

I don’t know what to call my stuff. I call them dirges but that’s a joke. I don’t like to call them ballads. The only song I ever wrote that I would think of as a ballad is The Earlie King because it has that feel of the telling of a story with a beginning and an end and something dreadful happens… To me that’s what a ballad is. I know in pop music the word ballad has become synonymous with slow or moody or unhappy or something like that. Maybe I’m too attached to that old meaning of the word to embrace it.

But hell. This is my interview and I don’t like the word ballad. My songs are not ballads. Lieder? I’m picturing Schubert having a rant about his work being lumped into a category called Lieder. Art Song? Too precious but probably the best description. Too bad it’s not a form of music that people make. I don’t know. I’m at a loss here. Sorry!

In many of your songs (e.g. “So Bad”, “As Morning Holds A Star” and “Lilacs”) there is a certain element that reminds of English renaissance music and poetry. Are you interested in that period, or is there no direct influence?

The music of the Renaissance was important to me but I only really loved the Italians and the Spaniards. Palestrina and Morales and Victoria. I admired William Byrd because he wrote well for three voices and I have a serious kink for three voices in counterpoint. I don’t know any renaissance poetry. And I would say the influence of English music is non existent in my music. I never studied it and never listened to it.

Lugubrious and dreary Irish American crappy ballads have certainly had an influence as that was the soundtrack of my early youth. So there you go — Ballads — But only crappy ones inform my work.

Due to your biography you are sometimes labeled as a transgender artist. In our opinion, however, most of your lyrics deal with love in general, independently from any gender perspective. Would you agree?

I agree wholeheartedly and God bless you for leaving the tired old story of gender dysphoria back in the dust where it belongs.

In recent years, there was a large public interest in somehow folk inspired artists with a certain transgressive or counter cultural element in their style. One of the frequently used terms alongside this hype was “new weird america”. As you work and have worked with the likes of Antony, Bonnie Prince Billy or David Tibet – have you ever regarded yourself as a part of something like this, and did this discourse influence the way you have been treated as an artist?

I don’t know a single person (including the ones you mentioned) who wouldn’t cringe and howl at the thought of being bunched in among the “new weird america” or “freak folk” people. Even the people who the category was made for don’t fit it. David Tibet LOATHES folk music and he’s considered the godfather of all that neo neo neo folk fuck shit. I love Devendra and let’s face it, they pretty much made that box size just to fit him. But even he doesn’t belong there. Not in my opinion anyway. He’s much to good for that. The same goes for Joanna Newsom doesn’t it. She’s much too sophisticated to be genuinely folky. Vashti Bunyan doesn’t fit because she’s the real deal isn’t she?

Also from my perspective not one of these people even come close to fitting the bill for either weird or freaky. I suppose I have to own up to those but I don’t have a folkloric bone in my body. And no, I don’t think it’s influenced the way people treat me. Some people can be different and loved for it and some can be different and hated for it. I think I’m kind of in-between — tolerated. I am tolerated and that’s a lot more than I expected. Allowed to make a living — pretty amazing really. But I don’t think I owe that to there being a name somebody made up. And how fortunate for me to live in such a wonderful world as this where it’s really possible to live outside of some bonehead’s necessity to classify and make groups.

As if music and the people who make it were a card game for the simple minded like Go Fish. As if one can do this — MATCH THEM LIKE TO LIKE AND LAY THEIR FACES DOWN IN A DECK OF HUMPIN DOGS — and be proud? To hell with the makers of categories.

It’s said that you have already played music in the early seventies. What kind of music was this, and are there any records?

No records. I just improvised a kind of beginningless/endless thing on the harp and spent years writing and playing the same piece on the piano. Believe me you didn’t miss much.

Seems that 2010 will be a busy year for you. After your own tour there’ll be an album and shows with the band Current 93. What else can we expect from you in the nearer future?

I just finished recording an album at my house in cleveland with Andrew WK producing and members of Mucca Pazza playing. Mucca Pazza is a thirty piece marching band from chicago. They’re led by Mark Messing, a composer and arranger and souzaphone player and bassoon player. He’s just unbelievably talented. Him and John Steinmeir, a jaw droppingly good percussionist and fellow crazy cow came and we recorded everything live right there in my house on Andrew’s Steinway D!

He’s going to edit and mix it. It’ll come out on Drag City maybe late fall?

Also I’m collaborating with Little Annie. We’re going to get together this summer to write and record. We already got a start on that. It’s going to be super fun. I adore Little Annie.

Thank you a lot for the interview. As the world’s greatest enthusiasts for ballads of all kind, we’ll try our hardest now not to mention them any more. So all we can say in the end is – keep your eyes and ears open for the new things to come. And check out Little Annie‘s lovely music as well.