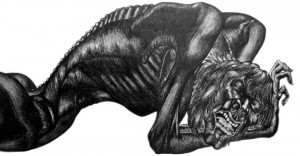 In Jeanette Leechs Seasons they change she writes that “the music industry […]did not provide the infrastructure to support [First Utterance]“. Do you think that if that infrastructure had been provided, Comus might have continued?

Yes possibly, but there were other issues. In those days, and up until the end of the eighties, the British music scene was very fad/fashion orientated. These fads lasted a few years and dominated almost completely. The beat boom gave way to psychedelia which spawned many unusual bands such as Comus; and psychedelia was eclipsed by glam rock. Audiences for Comus began to dwindle steadily in number and so did the gigs. We were forced to disband. We also embarked on the Malgaard suite, which in retrospect was rather indulgent. and not the best way to go at the time and alienated us even more from the audiences‘ changing fashion trends.

Many writers pointed out the individuality of “First Utterance” and emphasized the great difference between your music and what was mainstream back then. What do you think were the main elements that made your music appear so strange and sometimes irritating to many listeners? 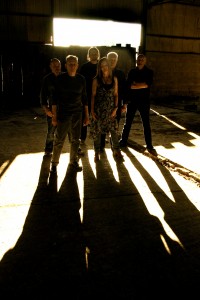 There was a distinct sense of manic aggression and exploration of dark psychotic elements. This was completely the opposite direction from the mainstream which was very love and peace orientated. No acoustic band had generated such power and edgy darkness, which is why so many death metal fans like us. It must have been difficult for audiences subjected to The Incredible String Band and Donovan to come to terms with Comus. Comus owes more in its sound to classical music than rock n‘ roll.

You stated in the past that you rather disliked the naive love and peace-attitude of the hippies in the 60ies. Looking back, would you say it was important for you to have something that could serve as a foil? 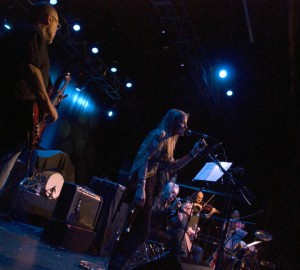 I disliked the weakness and wimpy soperfic qualities which seemed very flakey for what was supposed to be a revolution and, due to the lack of principle, the hippie movement became very hypocritical and contradictory and decadent. I wanted to react and shake the scene up a bit.

Today, many people have an ambivalent view of the hippie culture. On the one hand, there is this stereotype of the worldly innocent goody, which is often smiled at. On they other hand, we tend to see this culture as the spearhead of a generation that achieved a lot of important changes. Has your view on the whole hippie thing become a bit more positive over the years?

There is always some positive but, I think it is summed up by Timothy Leary’s famous remark -’Turn on, tune in and drop out‘ – which is the road to failure.Itshould have read ‚Turn on, tune in and drop IN‘. If you are going to change the world peacefully, you can only do it from the inside and there was a lack of clear philosophy which meant that the movement degenerated and became every man for himself.

In an interview in The Wire you said that at the beginning just after you had started again after all those years it was “like a tribute band learning other people’s stuff“. When did that change? Was it a rather gradual process or something sudden that made you think: “These are our songs“?

It was a bizarre period adjusting to who we were 40 years before. It was a slow and gradual assimilation and relating, which came the more we got better at playing the songs. I finally felt more identification with Comus when I started writing and came up with Out of the Coma.

In the booklet of “Out Of The Coma“ you reflect on the writing process and that you were thinking what topics might be suitable for the resurrected Comus. Would you say that compared to the past your approach to songs and topics is more reflected? 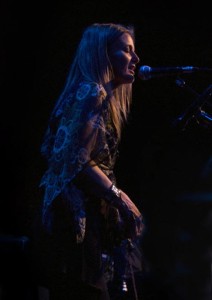 Yes, I have to think about it a lot more. It is more objective and not all my songs are suitable for Comus. There is a wealth of subjects for Comus and I am gradually unearthing them.

Was your decision to combine the past and the present on “Out of the Coma“ by including the only known recording of “The Malgaard Suite“ (and thus resurrect this “lost“ half of your unreleased second album) made to show some kind of continuity?

Yes, and to show what might have followed First Utterance if Malgard had not been rejected by our record company. A very different direction to what actually followed.

A few years ago, you did a concert and live recording with the Swedish group Piu, better known as Lisa o Piu. How did this cooperation come about and how do you estimate the music of this quite young band?

I was asked to play at Melloclub in Stockholm by the promoter Stefan Dimle and he said he had found a backing band for the gigs. When I arrived I was introduced to them. We had a rehearsal and the gigs went well. It was astonishing and rather surreal. I was hearing Comus but every time I turned round during the gig – it was all the wrong people!

With regard to music, lyrics and artwork “Out of the coma“ explicitly alludes to “First Utterance“. Looking back at “To keep from crying“ with the benefit of hindsight, is there anything on it which you find worth remembering?

Yes – one of the songs. I would like to do Down like a Movie Star if possible.

The new songs, especially “Out of the coma“ and “The Sacrifice“, have incredibly ferocious moments and your music is and was often extremely physical. To what extent is this physical aspect important for you now? 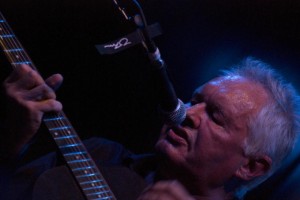 Yes – I put out a lot of energy for some one who performs sitting down. I think that the rage and energy of Comus is as important as ever and what excites an audience.

In some of the (old and new) songs, a mystified nature is presented as an archaic realm of fear and violence, but also with an aspect of powerful vitality. Would you say that it’s the real world (or a “more real” world), that you show in songs like “Diana”?

It is certainly a part of reality. Most songs are about sex and love, which is also a part of life. If you watch the news on television, I often feel that Comus have more resonance with what is going on.

In contrast to this, many people would probably describe natural or mythological settings as “otherworldly”. Your songs, however, hardly show any escapist or idyllic side, which is mostly associated with otherworldliness. Is this important to you?

I think fantasy can be used to illustrate real emotions. Otherworldly settings are used but the stories involve all the same human pain and stress. I was much influenced, when Comus first began by Lord of the Rings.

You contributed music to several films by Canadian director Lindsay Shonteff. What can you tell us about these films and the role of your music in them? Was there a certain common ground which made your music especially fitting to the atmosphere of the films?

We auditioned for Permissive and Lindsay loved our music, which is why he continued to ask us to do more film scores.He just thought us as suitable for the soundtracks.

The story telling of your songs and the visual imagery of the lyrics can easily evoke cinematic associations. Were you cineasts in the time of your first album, and would you even say that your work and its attitude fitted more to the films of this era that to its music? 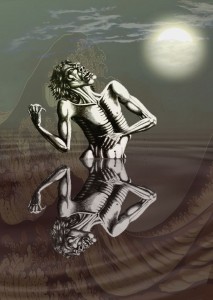 As I said, the influence of Lord of the Rings and European myth, John Milton all seemed to provide dramatic visual imagery. Now that Lord of the Rings has been filmed, I think Peter Jackson did a very good job in bringing the images to life. I suppose that reading the books and some sci-fi authors just filled my head with visual imagery. I was at art college and my own illustration work, used for the sleeves, all filled my head with the visions described in words.

Are there plans to record more new material in the (near) future?

Yes – there are two new songs waiting to be rehearsed and two more on the way. We shall start rehearsing Samurai and Slave soon. Samurai is about the loss of a great warrior culture and Slave is about sex slave trafficing – a very topical subject. Both these subjects will bring Comus a little more up to date.

When did you first become aware that there were quite a number of artists that seem to have drawn inspiration from “First Utterance“?

Around 2000 David Tibet of Current 93 got in touch with me and told me they had recorded a version of Diana and Mikael Ackerfeldt of Opeth is a major fan and largely responsible for Comus reforming.

This question is slightly related to the last one. In the decades that all of you pursued different paths, were there any genres/artists that you found particularly appealing and which you felt were as vital and adventurous (to use some rather vague terms) as Comus had been when they started?

Perhaps nort as adventurous but, as a singer/songwriter I admired Joni Michell in the 70s. There were others- I remember first hearing Mechanik Destructive Commando by Magma and feeling an affinity with Comus. I really listened to a lot since then – Peter Gabriel, Talking Heads,Miles Davis and a lot of modern classical music such as John Adams, John Tavener, Gorecki and Arvo Part etc.

In recent years we noticed a number of (more or less folk related) artists, who did some singular works in the years around 1970, and then after some decades of either silence or unsteadiness started a second period of creativity. Besides Comus I think of Vashti Bunyan or Simon Finn, who all woke up out of a musical “coma” some years ago. Do you regard these comebacks as incidental phenomena, or do you see a certain connection between the last decade and the years back then? 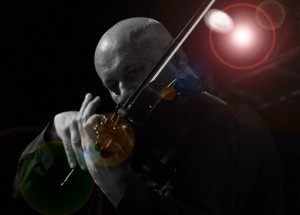 There is a massive general come-back of bands and artists from the late sixties, both in Europe and the States. Every week I hear of another band reforming from the early seventies. It seems to be working and they obviously, like Comus, are reaching a new generation. Bands of our era are much revered. Agism has completely disappeared in rock music – something that I never thought would happen.

Some of your songs (and your band name, of course) drew inspiration from literature. Is that still something that is of relevance for you?

Less than before- it’s hard to find new material to read. Film and television can be a big stimulus because it is more random.