As far as I know you both played in bands such as His Electro Blue Voice and one of you is also running Avant! Records. Later on you formed Yerevan. When and how did you decide to do publishing activities besides your own music?

Actually only Andrea used to be involved in His Electro Blue Voice, having been drummer in the band from day one until 2013‘s full-length album on Sub Pop. He also runs Avant! Records since 2007. Together we started Yerevan Tapes in 2011 with the intent to explore new sounds previously unexperienced.

Where have your music roots been? Was there some sort of a subcultural scene you were part of?

We may come from different musical background but after several years of listenings we both felt we needed something new, something deeper more artistically and spiritually engaging. That’s exactly the kind of ground Yereven Tapes took its first steps from. 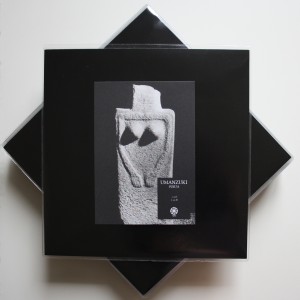 I have the impression that the labels, Yerevan even more, is rather some art concept of its own than a business. Would you agree?

Most of indie labels come out of passion, often with an ordinary job on the side to bring some money in. This leaves enough room to grow a specific identity and the necessary freedom to choose the best contents.Speaking of Yerevan, we felt the need to build something with a strong aesthetical identity where music, medias and symbolic communication were one.

If you had to scetch the artistic vision you follow with Yerevan, how would you express it?

As our motto states, we are a “cassette and vinyl record label for sacred sounds”. It means we’re chasing those music projects who can deliver their own vision of the sacred, their Weltanschauung, no matter how. When one takes a look at our catalogue he might feel the differences rather than the similarities between the artists, but they all share a common aim.

Your two labels differ not only in terms of the medium (Avant! mostly vinyl, Yerevan mostly tape), but also bit in terms of styles, as Avant! has some focus on post punk/dark pop and Yerevan is more into the experimental and psychedelic in the broadest sense of the words. Did this just happen or do you think, style and medium fit for some reason?

The tape is some sort of natural media for experimental music since the 70s, if not earlier. So it comes as no surprise that we felt it as our primal support as YT. It’s cheaper, it’s easier to distribute worldwide, it gives you the opportunity to release material from obscure artists without having to face the difficulties of a vinyl record production. At the same time, just as in the post punk/dark pop realm the tape has recently came back as music medium, we on our end have done 3 vinyl releases already and we are planning to have more for the near future. 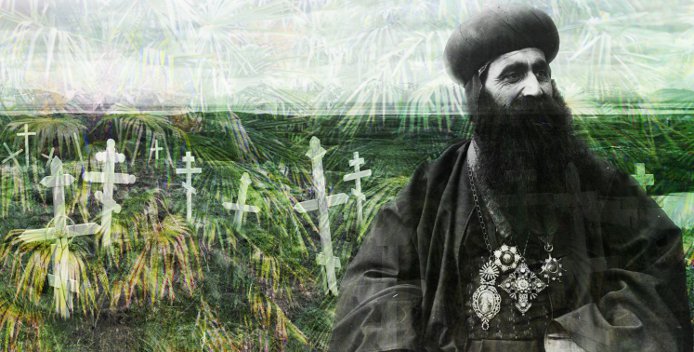 Bands like Father Murphy, Bird People, La Piramide or German Army play quite different styles, but do you think there’s a read thread, some artistic or spiritual element that combines them?

As we said above, they surely have different styles but at the same time, we think it is kind of easy to see what connects them together. Their search for subterranean sounds may end in different artistic solutions but what moves them seems to be the same: a quest for spiritual inquiry.

Are there any limits in the range of styles, is there kind of a stylistic no go area, or would you potentially release music from any genre?

Of course there are boundaries, as we will not release punk rock or heavy metal music for instance, at the same time is not strictly a matter of pure musical style performed while it is about how much it does fit within what we are looking to express with YT. As long as we think it bonds with what we are doing we may consider it.

Is there something like a favourite release that has a special meaning to you?

As rhetorical as this may sound, we have no favourite release as each one has its own identity and particular history. Behind every records we put out there is a connection as much personal as possible, with the music and the artist who created it. For different reason we are exited about every one of them so far. 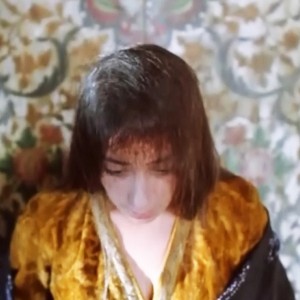 Artwork plays a stong role not only in the tape design but also on your web spaces, and there is a lot of religious and ritualist symbols from all over the world. How is your interest in this, and where is the relation to your concept and the music?

While we may collect influence from religious and artistic expressions from different places and times, we have a special eye for the kind of cinematic results that Soviet Armenia directors achieved. The fact that Silvia graduated in Cultural Anthropology surely played a strong role within the YT quest for aesthetics.

Could you give us an example or two for Armenian movies that have influenced you?

Surely. The Yerevan cassette-tape covers come straight from a particular time and space. And not only Armenian movies, sometimes Georgian or Ukrainian ones too; the point is that they all belong to a specific period and context: the soviet lands between sixties and late seventies and its cosmogony. There’s something in the way they represent the world that somehow has a strong link to us as label. In a very concise list just to get the idea, besides the well-known Sergej Paradžanov and his marvellous filmography (all his movies are perfect gems in their own way, especially Shadows of Forgotten Ancestors (1964) which I’m particularly fond of), I can recommend Wishing Tree (1976) by Tengiz Abuladze, and two short movies by Artavazd Pelešjan: Inhabitants (1970) and Seasons (1975).

Like we just said, a first infatuation came from Silvia’s University studies, one on Armenian culture, language and history in particular. We think the name we chose stands for something able to build bridges between Here and There. It might not have been Yerevan, but it would have been a toponym in any case as we think toponyms are thick and widespread words.

Several psychedelic and experimental music styles exist now for a long time. What do you think are the main qualities of such music today, and what could be the reason that it became a bit more popular again?

Probably it’s the strong mystical appeal that psychedelic music hosts that managed to make it last through all these years. Tribal approach to the drumming and deep drones always have a direct power on our souls. Music fashions come and go, but there’s always room for experimenting in sounds.

A lot of younger psych bands today deal with esoteric and occult motifs, but often combined with some playful or ironic note. Some people would say that this is a sign of hipster stuff, but do you think that such topics are more vital when they are not too serious? 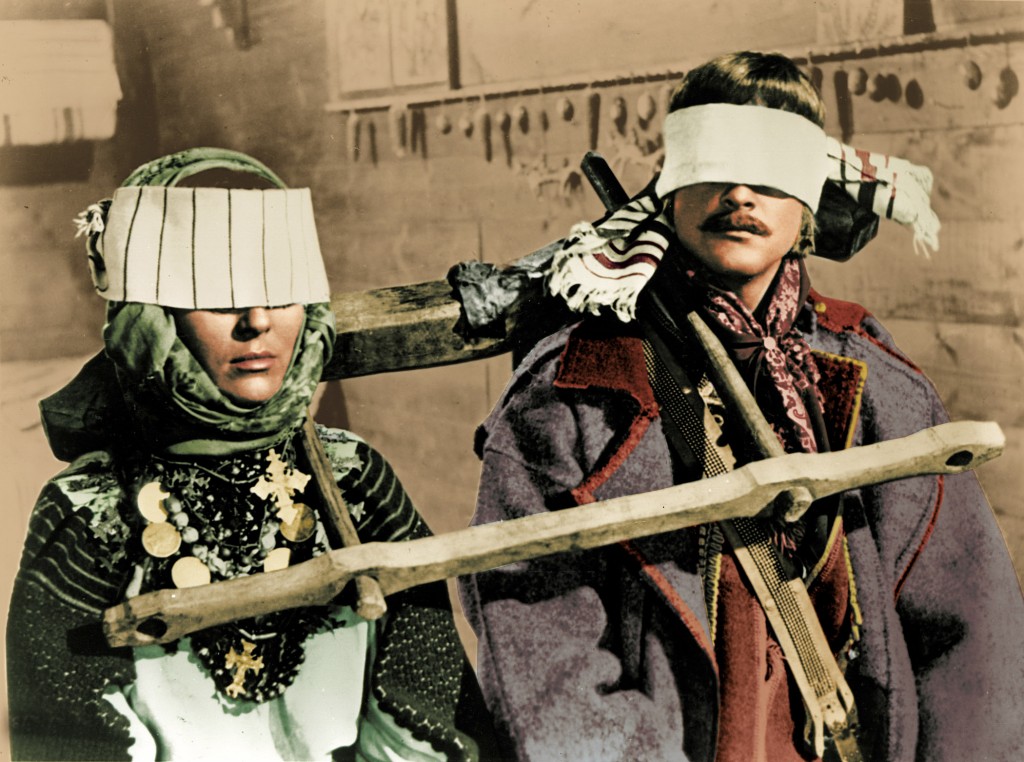 We don’t wish to be looked as too serious but at the same time we don’t think we are much ironic about our iconography. We like to blend religious symbols with contemporary artwork, but we do not mean it in a funny way. We just look to create a new context for those everlasting icons.

What is your opinion on a tag like Italian Occult Psychedelia, which is somehow also applied to bands of your label by the music press?

We think it has proved itself to be a great tag to gather different bands with different styles under one common vessel. As with everything it‘s no perfect tool, but it surely has been helpful to export the current Italian sound abroad.

In our country, the media dealt only punctually with Italian music, yet there was a huge output of releases for a long time. In the last years, this changed a bit and people become aware of the variety of Italian stuff. Do you have an idea about this change?

We only can think that what you say proves our point. Some times it takes a little stratagem to make things work properly. 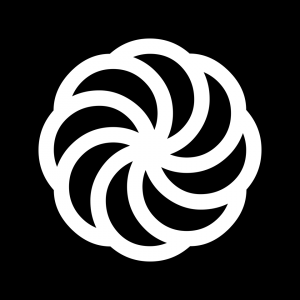 Your newest release is a tape by electronica producers Zone Demersale. What are your plans for Yerevan in the nearer future? Any new explorations?

Right as we speak we have put out a brand new vinyl record, the 12” EP Porta by Tuscany-based trio Umanzuki. This is our last release before the summer, after which we will be back with more tape and vinyls, not only by Italian artists and also more electronics-oriented.